You probably already know the feeling: day after day in the same place, meeting the same people, seeing the same view. Isn’t it time for a change?

If you could identify with the scenario in the opening paragraph, a holiday in Canada could be just the thing to re-energise yourself and restore your inner peace.

Take a moment to imagine it. Picture the magnificent, craggy, snow-capped peaks of the Rocky Mountains, towering above gorgeous green pine forests that stretch to the edge of a lake with water so pure it could have been made from tears of angels. It sounds like fantasy, but this is the true image of Canada, and it’s waiting for you to discover it. 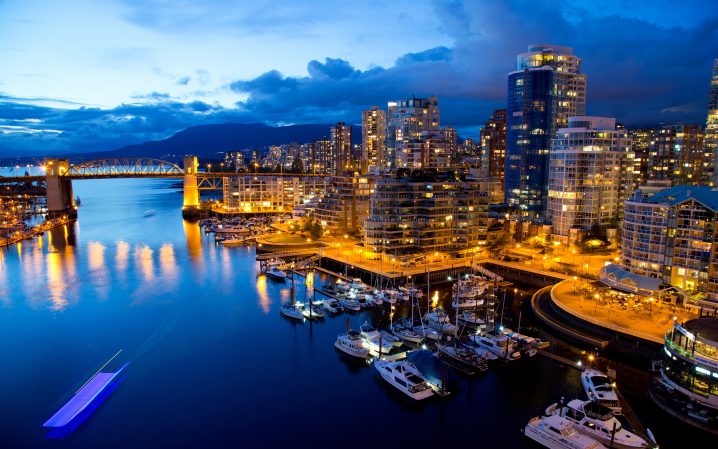 The really great thing about Canada, however, is the incredible diversity it offers. It is a very large and sparsely populated country, with what looks like endless wilderness. You can indulge in all kinds of holidays and tours here, allowing you to enjoy your time in your way.

Canada has many provinces, but can be divided into five different types of regions. In east, you will find Quebec, where most residents speak French as their first language (but English is still widely spoken).  The south east has a climate very similar to Scotland, and indeed many of the people who inhabit this region have Scottish heritage. In fact the highland games are a major attraction in Nova Scotia during the summer months. The most famous are held in Antigonish annually in July.

All over the eastern region (from Newfoundland to the middle of Ontario) you will see examples of architecture in the colonial French and British styles. Perhaps due to be closer to Europe there’s more formality in Canada’s eastern regions compared with the west.

Canada’s midwest, which spans from western Ontario to Saskatchewan, is mostly flat expanses of prairie land, dotted with thousands of lakes, including the world’s largest. It’s mostly an agricultural area, but there are plenty of reasons to pass through on your journey from east to west.

The western provinces of Alberta and British Columbia are more mountainous and are home to amazing scenery. Calgary, of course, is famous for its annual Stampede (an extravaganza of rodeo, wagon racing, barrel racing, marching bands, native dances, and more). Beyond that, Alberta offers the Banff and Jasper National Parks, which contain the most incredible scenery you will see anywhere, and Lake Louise with it’s famous Chateau.

In addition to the majestic Rockies, British Columbia also includes Pacific coastline along its entire length, and several national parks including Glacier National Park, which is the most well-known of them, and for good reason. It is here that you can actually visit the glaciers, although global warming is rapidly eating away at them.

Canada’s far northern regions (Yukon, the Northwest Territories, and Nunavut) are much less populated regions and quite a bit more difficult to get to and get around within. The effort is rewarding if you crave the opportunity to get away from everything.

In short, whatever kind of holiday you are seeking, you’re sure to find it in Canada. Go and see for yourself why Canada is a long-standing favourite destination for millions of tourists who visit every year.