Top Songs to Sing in The Car 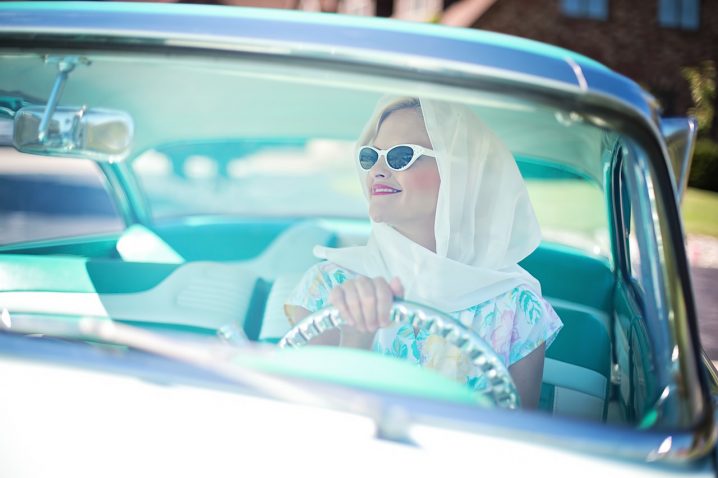 There’s nothing quite like driving down the street and then seeing people rocking out in their cars. When they’re not thinking about coveted NYC parking spots going to car-share companies, they’re singing and dancing around in their seats and clearly having the time of their lives. What could they possibly be listening to that is so much fun? Here’s an extremely subjective list of songs that are great to belt out in the car.

There are songs that have become very cliché as far as big car sing-a-longs go. But there’s a reason those clichés happen. This is a song where everyone knows the words. Everyone tries (and fails) to hit the big notes. If the volume is loud enough, anyone can convince themselves they sounded great. Bon Jovi has a lot of huge, stadium-worthy hits, but “Livin’ On A Prayer” is easily the best to sing in the car. “Wanted Dead Or Alive” takes a close second.

The more people there are in the car, the more fun catchy pop hits are to sing. “…Baby One More Time” is a song that rose to popularity in the late 90s because of the provocative music video. Much like “I Want It That Way,” by the Backstreet Boys, the lyrics don’t make perfect sense. This is likely because both songs were written by the same man, who probably wrote them in his native language of Swedish. Still, if you see a car full of people asking someone to “Hit me baby one more time,” keep in mind that they really mean “Call me.”

This song may drive you crazy by now. Even Idina Menzel, who sings the version featured in the movie, said in one of her concerts, to people with kids, “You probably hate me.” However, it’s a great song to belt out in the car, particularly If you’re alone and can’t embarrass yourself in front of witnesses. It’s also great to help entertain the kids on long drives.

This is great for when you have a full car of passengers, also known as backup singers. It’s a great confidence booster to have all your friends confirming you are original and everything they need, not to mention the other traits mentioned in the chorus.

A staple of karaoke bars across the land, this is another song with impossible notes that everyone only thinks they’re hitting successfully. Still, it’s anthemic, and everyone knows every word, so it’s great to keep up morale on long trips or to keep everyone awake in the middle of the night.

This is one of the best party songs released in the current millennium, so it can give an energy boost to a car full of tired passengers. The song also seems to transcend genres and personal taste, as almost everyone seems to find it catchy and fun. It’s a great song for a group to sing along with.

There’s a running joke about how to find a fan of emo music in a crowd. You do that by playing the G-note on the piano, as that is the first note of this song. Every emo fan in the room will immediately jerk their heads up and look around for the source of the G-note. This is a song that can be listened to in a group or alone, but alone is probably best. That way, you can scream along to the song that promotes self-expression without any judgement.

Everybody remember Wayne’s World? That movie had a great scene of the main characters having a small party in their car while singing along to this song. It’s a song that can only be done well in a group of at least four people. Just be careful not to head bang if you’re the driver!

If this song is being played at anything less than top volume, fans would say it’s being played wrong. It’s a fun song that doesn’t have a whole lot of emotional impact or even much meaning unless you’re listening closely. But it’s got a great beat and a feeling of freedom that goes well with either the open road, or with feeling like you’d like to escape traffic. Crank up the volume and try not to dance so hard you end up needing to take a defensive driving course NY.

The fans of Supernatural have claimed this song as their own for the past decade or so, but it was the best song to listen to in the car for years before they got their hands on it. It has a guitar riff that is legendary and lyrics that can mean something different to everyone but can also connect with each person in your car. It’s the ultimate song for a road trip.