Get the ball rolling on student loans sooner rather than later

From the time they hold their babies in their arms, many parents begin saving for their children’s college education. But oftentimes what they save may not be enough, and despite the financial hardship, no parent wants to tell their child no when it comes to their education.

With loans, grants and scholarships now readily available to most students, it is easier than ever to make her future a reality. But like any other financial task, it’s best to get the ball rolling sooner rather than later. Here are some easy tips to ensure your child will not be left out in the cold when it comes time for college, even though that day may still be years and years away. 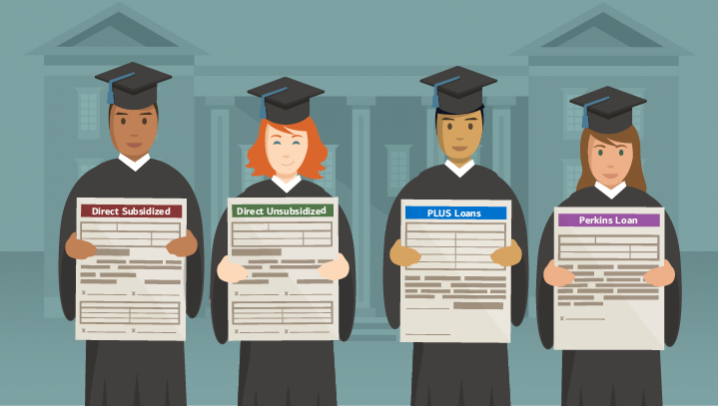 “The Internet is one of the greatest sources to begin the search for student aid options,” says Michael O’Brien, Student Liaison team Leader at the National Union of Students. “There are numerous Web sites out there that allow college-bound students to explore various scholarships for which they may qualify.” Sites like O’Brien’s offers free college and scholarship search tools. Additionally, you may search various lenders to see who offers the best rates and benefits.

“Another important resource is college financial aid offices,” he says. “Here you are able to pick up brochures and information as well as speak to financial aid professionals.”

“Parents should urge their junior year kids to apply for lots of small scholarships,” says Tracy Stewart, a CPA and financial planner in College Station, Texas. “When you get enough of them, they add up to real money. Many kids don’t want to be bothered with small scholarships, thereby increasing the odds of awards to those who do apply for them.”

To apply for federal aid, potential borrowers must first fill out a form called the FAFSA, O’Brien says. “This need-based application determines how much financial aid a student is able to obtain,” he says. “FAFSA deadlines for most states are March 1, but in order to receive maximum aid, it is recommended that they be completed as close to January 1 as possible.” You may pick up the FAFSA at the library, your college financial aid office or access the forms online at www.fafsa.ed.gov.

What You Can Do Now

Parents and college-bound children should begin preparing for school as early as their freshman year of high school, suggests O’Brien.

“By researching potential awards and scholarships, students can focus on certain clubs, activities and specific fields of study that will increase their chances of cashing in on free money,” he says. “Scholarships can help to alleviate the burdens of climbing college costs. Many families ignore this form of aid, believing that they are not eligible due to their already high economic standing. However, there are scholarships out there for almost everyone. Merit-based scholarships are awarded on career goals, grades, major preference, hobbies, talents, community service, employment history, etc. There are even some based on an individual’s ethnic heritage and parental status.”

What Kinds of Loans Are Ideal?

Obviously grants and scholarships are the most attractive forms of aid, O’Brien says, as they do not require the recipient to pay back the funds. “They are a free gift to cover the student’s educational costs,” he says. “However, not everyone is eligible for this free aid and may need to look to other forms of assistance.”

“The federal government is one of the greatest resources for financial aid, providing close to $60 million per year in loans to eligible students,” says O’Brien. “These loans, in the forms of subsidized and unsubsidized Stafford’s, are long-term, low-interest loans for young college students. If a student qualifies, subsidized loans are ideal, because interest does not accrue until the borrower has entered their repayment term.”

Essentially, O’Brien says, the government is responsible for paying the interest while the student remains in school. “Federally guaranteed loans are generally more attractive than private loans,” he says. “They offer greater benefits, such as lower interest rates, since they are backed by the government. If something were to happen, they would take care of your debt.” The benefits of Stafford loans include:

Another option is the Parent PLUS loans, offered by the federal government. “In most cases, they are used as a supplement to the child’s own Stafford loans,” says O’Brien. “Generally, if the Stafford loans are enough to fund a college education, that is the way to go.” PLUS loans follow different guidelines and offer slightly less attractive benefits, including:

“One strong advantage to the PLUS loan is that there is more money available,” says O’Brien. “Stafford loans are limited to $2,625 the first year, $3,500 the second year and $5,500 for the last two years of school (for dependent students). PLUS loans can be taken out for the difference between the cost of attendance and any other aid.”

An estimated 12 million Americans take out quickie payday loans each year. These loans are taken out on an average of 8 times a year. The typical amount of fees paid back on a loan of £375 is around £520 per year according to the payday loans site SimplePayday. To top it all off, these loans are being used on daily living expenses as opposed to emergencies. Despite all these alarming figures, people are still flocking to money lenders at this very moment.

The majority of borrowers, which is around 69%, actually spend their loans on expenses such as food, rent, utilities and credit card payments. These statistics are quite alarming, as it shows that people are struggling to make ends meet. Where loans were most traditionally used for unexpected emergencies and sudden expenses, they are now being uses to sustain people financially from one pay check to the next.

These loans can be taken out from a storefront lender. Alternatively, you can apply for one, online. The online loans offer convenience to those who prefer doing it this way. Some financial providers insist on doing a credit check, before approving your application. However, there are a few providers that don’t insist on doing one.

Who Should Apply for What?

“There are several considerations when deciding in whose name a student loan should be under,” says Debbie Webb, a CPA in College Station, Texas. “And one of those considerations is income taxes. There is a tax deduction allowed for up to $2,500 of student loan interest paid each year. For taxpayers in the 27 percent bracket, that translates into a tax savings of $675. Although most loan payments won’t result in the maximum $2,500 interest payment, it would be a shame to throw away the tax savings for want of a little planning.” 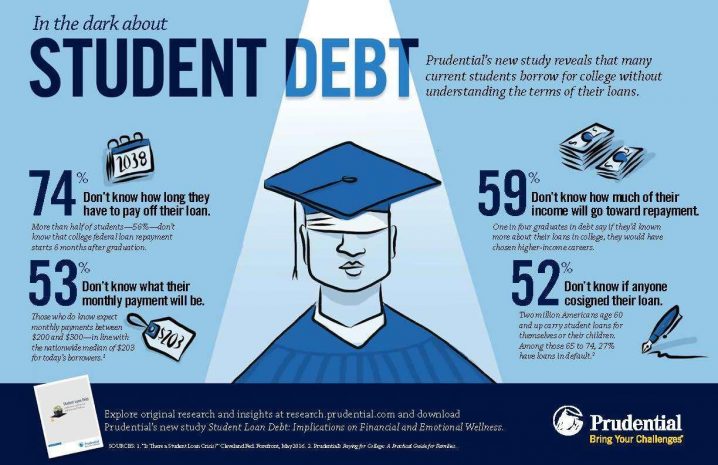 In order to take advantage of this deduction, however, there are some requirements you should be aware of. “First of all, only the person who is legally liable for the loan can take the deduction,” Webb says. So, if the loan is taken out in the child’s name, but the parents really intend to pay for it, they cannot deduct any of that interest they are paying, because they have no legal liability.

“Second, only taxpayers within a certain income range can take the deduction,” says Webb. “The deduction is phased out roughly between $50,000 and $65,000 of income for single taxpayers and phased out roughly between $100,000 and $130,000 of income for married taxpayers. So, if Mom and Dad have adjusted gross income of $150,000, there’s no way they can get any tax break for student loan interest payments. They may want to consider letting their kid take the loan out in his name, assuming it will take a while for his income to exceed the phase-outs.” Mom and Dad can always gift him the money to pay on the loan if they like, leaving someone in the family with some sort of tax break for the interest.