Not all celebrities wear golden espadrilles and diamond-encrusted combat boots. Some like to kick it in a sweet pair of athletic shoes. Here are the top three celebrity sneakerheads of 2019.

Mayer’s sneaker game is strong, and it’s evolved right alongside his musical style. With a penchant for Nike shoes in particular, Mayer frequently takes to social media to express his love for athletic shoes. In 2016, he jokingly proposed that brands start creating a middle shoe — one that you’d keep pristine and preserved at home while you wore its left and right counterparts out and about.

In 2017, Mayer took to NIKEiD to design his own Air Max 90, which he dubbed the Air Mayer Spirit Level, making good on the ambition he shared with the Associated Press in 2006: “Forget Grammys. I want to be able to design an Air Max.” Mayer followed up the Spirit Level with a Pickle Rick model inspired by Cartoon Network’s “Rick and Morty.” 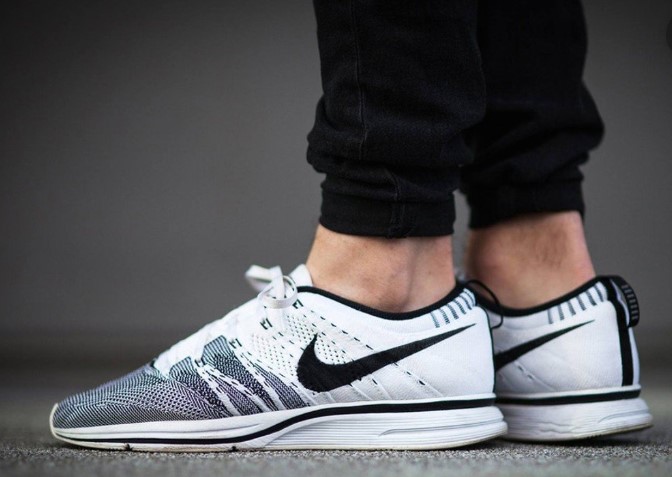 After taking part in the official reveal of the Nike Air VaporMax x Acronym, 2019 is the singer-songwriter’s biggest sneaker year yet. Collaborations with esteemed designers such as Errolson Hugh and Virgil Abloh hint at an official, pickle-free Mayer sneaker to roll out in the very near future.

In just two short years, Scott has made enormous contributions at Nike. The most famous and highly coveted of them all? The Air Jordan IV Purple, a retro, purple suede Air Jordan that was made available only to friends and family.

When it comes to shoes that are actually available to the public, Scott’s spin on the classic Air Jordan, the Travis Scott x Air Jordan I, is arguably the most sought-after sneaker of 2019 so far. Featuring dark mocha leather, a stash pocket, and — for the first time ever — a backwards Swoosh, the “Astroworld” rapper surprised sneakerheads by debuting his extraordinary Air Jordan I’s during his Grammy set.

When the super-hyped shoes hit retail in May 2019, the internet collectively lost its mind. The shoe sold out almost instantly and caused a massive crash of Nike’s SNKRS app. No wonder the average resale price tag is a cool $1,000.

When it comes to power-ranking adidas originals shoes, there are Yeezys and then there’s everything else. West first partnered with adidas in 2015, releasing the Yeezy Boost 750, which sold out in a tidy 10 minutes. He followed that with the Yeezy Boost 350 Turtle Dove and Season 1 of an equally exclusive Yeezy apparel collection. Demand for the rapper-designer’s line hasn’t slowed down since. His shoes are frequently resold for thousands of dollars per pair.

Few remember that West actually designed his first sneaker with adidas in 2006 — probably because it never officially hit shelves. He then collaborated with Bape on a “College Dropout” shoe, followed by a five-year partnership with Nike. Ultimately, West ditched Nike when the brand didn’t want to cough up royalties.

Two years later, West was back with adidas. He’s set to release his highly anticipated seventh sneaker design with the brand, the Yeezy 451, in late 2019 and break the internet all over again

In 2019, celebrity sneaker culture is bigger than ever. Look to these three shoe-loving stars to influence civilian trends for years to come.