Carsharing in Suburbia: Is It Possible?

The concept of carsharing is rapidly growing in popularity in urban areas. The idea is relatively simple: Instead of owning a car and incurring all the expense and hassles that go along with it, you pay an annual membership fee to the carsharing service, which provides access to vehicles on an hourly basis when you need them. For less than the cost of a tank of gas, it’s possible to use a vehicle for a few hours to, say, hit up Ikea for some new furniture, or pick up a friend from the airport.

While such a scheme makes sense in the city, where public transportation options abound and the incentives to not own a car outweigh the benefits of having one, it hasn’t quite garnered much enthusiasm in the suburbs, where it’s the norm to see at least two cars parked in every driveway. In many suburban areas, which tend to be less walkable and more spread out than cities, owning a vehicle is practically a necessity. Renting a car by the hour to run a days’ worth of errands simply isn’t practical or financially feasible, even when you consider the costs of insurance, registration, and gas.

The inevitable conclusion, then, is that carsharing is destined to be an urban-only phenomenon. However, given that more than half of all Americans live in the suburbs, that’s a significant portion of the population to ignore when it comes to building a carsharing business. Perhaps, then, it’s not a matter of the concept not working outside of the city, but of just finding new ways to make it work in the ‘burbs.

One idea that’s starting to get some attention in all regions is peer-to-peer carsharing. With this model, you can rent out your personal vehicle, via an app, for a specific amount of time. A peer-to-peer service operates along the same lines as traditional car rental services, but instead of maintaining a fleet of cars for users to rent, the service uses geo-location to direct renters to a nearby personal vehicle owned by another member of the service. For instance, say you need a truck to bring home a large purchase from the home improvement store. Using the peer-to-peer app, you find someone in your area who has a pickup truck you can use for a few hours. You reserve the truck, pick it up at the specified location, and return when you are done.

A peer-to-peer arrangement like this one offers several benefits. For starters, you save money over a traditional car rental, which generally requires a minimum 24-hour rental period. 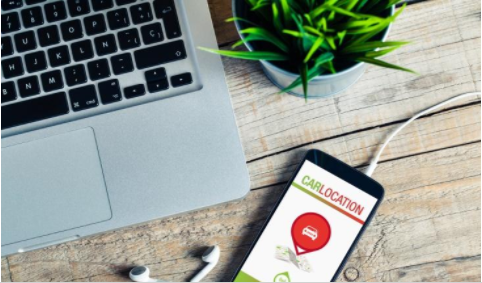 You don’t need to hit up family and friends to borrow their vehicles either — assuming that you know anyone with the type of vehicle you need. And while there are usually some fees associated with such a service (most peer-to-peer sharing networks keep 25 to 40 percent of the rental fee to cover operational expenses), you don’t have to worry about gas, insurance, or roadside assistance if something goes wrong.

The downside, of course, is that you may not feel comfortable renting your personal vehicle to strangers. And there are some risks inherent in that; in fact, currently, most insurance policies prohibit the use of personal vehicles in this manner, which is why the peer-to-peer network takes on the burden of insurance. However, many states have relaxed these restrictions due to services such as Uber, in which individuals use their personal vehicles for business.

Whether peer-to-peer carsharing takes off remains to be seen, but it does make the concept viable in the suburbs. However, there is another trend that could make shared transportation a reality outside of urban areas: Driverless vehicles.

Although the notion of driverless cars is still not quite fully accepted, there are some who think that a network of driverless vehicles is the transportation paradigm of the future. In that world, individuals would no longer own their own vehicles, but use an app to “call” a driverless vehicle when they need one, likely sharing rides with others going in the same direction. It’s an expansion of the current model of public transportation, and one that can easily work in both urban and suburban regions.

Transportation in the future is likely to look very different than it does now, and use multiple technologies to create more efficient and cost-effective transportation networks. Where shared vehicles will fit in remains to be seen, but for now, it’s important to recognize the potential and be open to all possibilities, even in the suburbs.