(A few of) New York City’s most famous skyscrapers

There is no city in the world that has more skyscrapers than NYC. Did you know that there are more than 1400 feet between the shortest and tallest? New York City is well known for its skyline, populated by both historical buildings and new flashy skyscrapers, some of which have become true icons.

Now the Statue of Liberty is not technically a skyscraper, but it is so iconic that it cannot be left out. Plus, it’s one of the first things that comes to mind when thinking of New York City. As a colossal neoclassical sculpture on Liberty Island, the Statue of Liberty is a national monument recognized as ‘a universal symbol of freedom and democracy’.

Although not a skyscraper, it is still fairly tall: 305’ including the pedestal and foundation. From base to the torch, it is 151’. 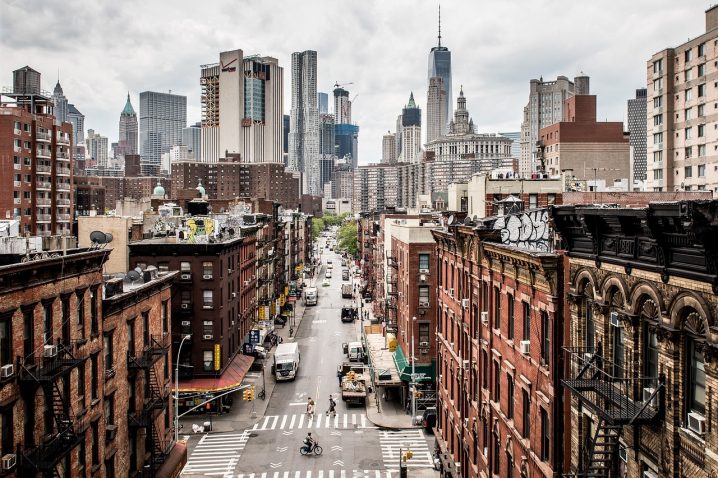 Fun Fact: The architecture and aesthetics of the building were carefully considered for the New York Times Building, as the construction started in 2004, a time when the company was greatly reinventing itself. The building was a physical manifestation of its transformation.

The Chrysler Building is a unique Art Deco-style skyscraper located in the Turtle Bay neighborhood of Midtown Manhattan. Walter P. Chrysler who wanted to be a part of the growth of the surrounding district, as well as have a personal monument financed it. The Chrysler Building’s history is quite rich and it includes a previous title of the World’s Tallest Building (before getting beat by the Empire State Building only 11 months later).

The Bank of America Tower, designed by COOKFOX Architects, is said to be one of the most sustainable buildings in the world (here is a list from 2019). It has an Urban Garden Room open to the public.

The Empire State Building is another classic skyscraper in New York City. It is located in the center of Midtown Manhattan and is a destination for a panoramic 360 degree view of New York City.

30 Hudson Yards is a mixed-use Postmodern Architecture building located in the West part of Manhattan. It is the fourth tallest building in New York City.

Fun Fact: This skyscraper is the tallest residential building in the world.

111 West 57th Street, also known as the Steinway Tower, is an 82-story residential building located in Midtown Manhattan, New York City. The residential project’s developers are JDS Development Group and Property Markets Group. The building is currently under construction and its expected completion date is 2021.

Fun fact: Upon completion, Steinway Tower will be one of the world’s thinnest skyscrapers. Its width-to-height ratio is about 1:23.

This monumental building includes upscale office spaces as well a space open to the public, the One World Observatory that leads onto an observation deck 1,250-feet above ground that has custom smell.

New York City is well-known as a bustling city and a destination where you can get extensive views from up high. The skyscrapers add to the unique character of the city and a walk through Manhattan to see even just a few of these listed above will give you an impressive glimpse into the city’s strong history.