No, I’m not talking about the MINI Cooper in this case, but rather some of the many tiny and efficient vehicles available today that get you where you need to go while using a minimal amount of fuel. The bonus is that all the examples I’m talking about today look fantastic, too. Here’s a roundup of the best current mini cars. 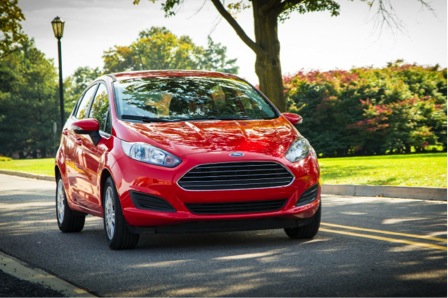 Completely redesigned, Ford’s smallest car (available in both hatchback and sedan forms) also gets a brand new engine offering this year. Originally released earlier for the European market, the 1.0 L EcoBoost comes out west for the first time. A recipient of many awards, the hype is largely over the fact that the motor is able to muster an impressive 123 horsepower and 148 lb-ft of torque, while only having three cylinders. That’s actually more power than the standard 1.6 L engine normally packaged with the Fiesta. At a mere 173.5 millimetres long, 67.8 mm wide and 58 mm high, there is still has room for five adults. The hatchback form factor is also great for carrying large loads when you fold the rear seats down. 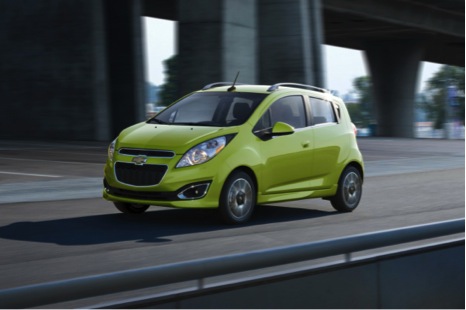 The Spark is Chevy’s first miniature vehicle offering in North American and continues to bring new owners to the brand. For 2014, a continuously variable transmission (CVT) was added that is advertised to help the Spark achieve fuel consumption numbers of 6.4 L /100 km in city driving and 5.0 L/100 km on the highway, when equipped with a manual transmission. This little hatch has a sporting appearance with the rear door handles hidden up in the C-Pillar, and there is plenty of space inside although it is only able to accommodate four adults. Motorcycle-inspired gauges and funky exterior colours with names like Lime and Grape Ice and Salsa and Denim further add to its sporty looks. 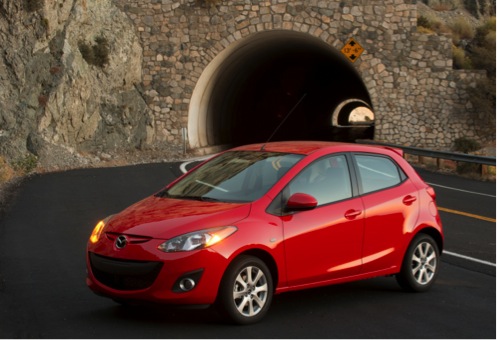 Compared to the 123 hp in the 1.0 L Fiesta and the 84 in the Spark, the Mazda2 fits right in the middle with a 1.5 L engine producing 100 hp. It might not seem like much, but a formidable power-to-weight ratio and a five-speed gearbox option make this particular five-door mini car a lot of fun in the corners. Not only that, but there’s more standard equipment than you might expect for something in this class. All models come with power door locks and mirrors, an MP3 sound system, USB inputs and 15-inch wheels. Next year, the Mazda2 undergoes a full makeover.

Fully functional cars that sip fuel, get you from A to B and look great — there’s not a whole lot not to like. What are some of your favourites?