10 Most Popular Places to Visit this Summer on Balkan Peninsula

The park harbours a grand collection of waterfalls, gallery of lakes, forest and diversity of animal life. The lakes are renowned for their distinctive colors, ranging from azure to green, grey or blue. The colors change constantly depending on the quantity of minerals or organisms in the water and the angle of sunlight. The sixteen lakes which are formed by natural dams of travertine are separated into upper and lower lakes. Plitvice lakes are recognized as an astonishing natural monument for the benefit and enjoyment of the people now and for the generations to come. 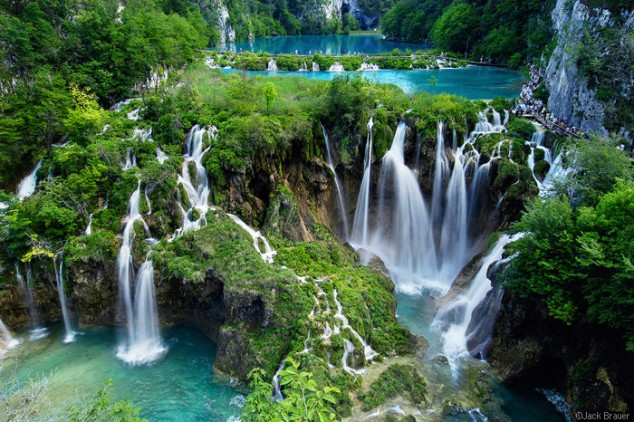 Lake Ohrid lies in the valley between Ohrid and Struga, in the border region between Macedonia and Albania and is the 7th deepest lake in Europe. Most of the Ohrid lake water bulk comes from numerous surface and underground springs. That is the reason certain researchers consider it unique in the world. Most of the surface springs lie along the southern shore, near the monastery of Saint Naum on the Macedonian side, and near the villages of Tusemiste and Starovo and the town of Pogradec in Albania. Ohrid lake is the No. 1 tourism destination in Macedonia, making Ohrid & Struga – most visited towns. 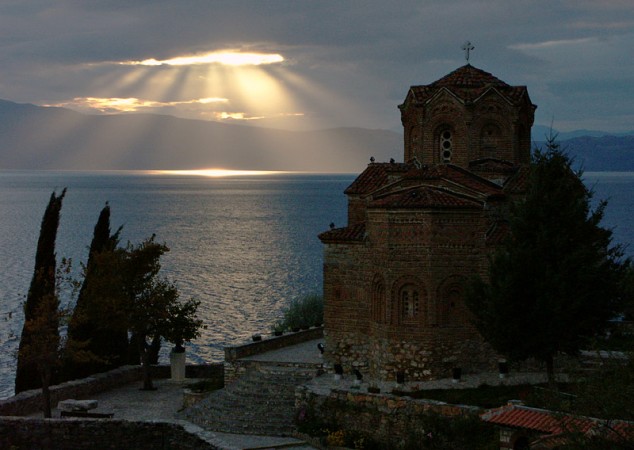 Nesebar is one of the oldest towns in Bulgaria. The town, located on a peninsula in the sea, consists of two parts, which are connected by an isthmus. The old area is filled with ancient buildings and picturesque churches. At the entrance of the old part of Nesebar there are remains of fortified walls. In 1983 the cultural monuments of Nesebar were added to UNESCO list of world cultural heritage. During the last ten years the resort has turned into a modern European town with attractive hotels, offering excellent conditions for its tourists. The beach is clean, with nice sand. The fans of water activities can go swimming, fishing or diving there.

Montenegro is a country in the Balkans, on the Adriatic Sea. This is a truly Balkan jewel. On the Adriatic near Budva, there’s a Sveti Stefan resort, which includes a three-acre island with rooms set in repurposed 15th-century cottages, with Aman Resorts opening 10 suites, a spa and restaurant on the island. 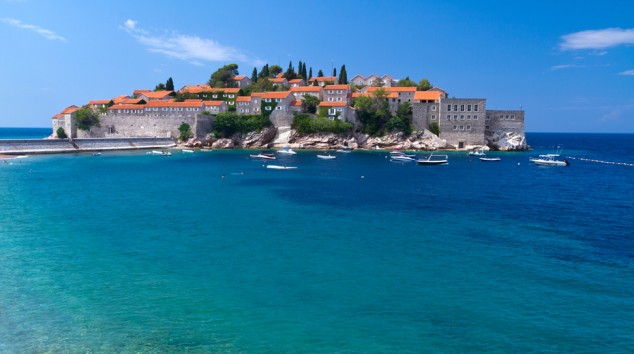 Devils Town is a natural monument in southern Serbia, known to many as one of the 77 candidates for natural world wonders. It is situated in southernmost Serbia, 27 km far from the town of Kursumlija, on the slopes of Mt Radan, which boasts a large number of mineral and thermal springs. Due to a high concentration of minerals, the whole area is destitute of vegetation. The land there easily erodes and creates mischievous landscapes. Devil’s Town apparently consists of 202 earthen figures, two meters tall, all wearing caps on the top. 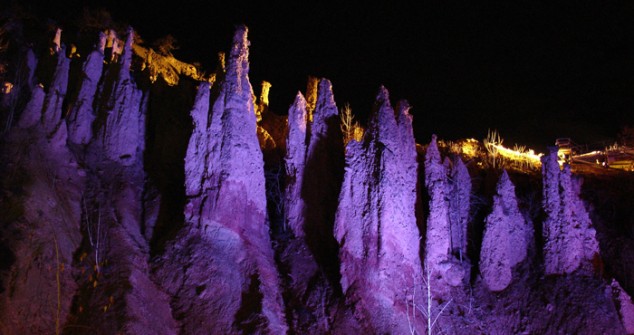 The largest cave in the karst region and most visited show cave in all of Europe, words on a page can hardly do justice to the majesty of Postojna. So far, more than 20 kilometres of galleries have been found, of which barely a fraction are open to the public. Formed over millions of years by the Pivka river, the cave was discovered in the 13th century, though never properly explored until the early 1800s. Highlights of the cave include the enormous stalactites and stalagmites, and the quite sensational concert hall, which can (and does) hold 10,000 people. The acoustics down here are said to be sensational. Note that the temperature of the cave is a chilly 10 degrees Centigrade, so bring a jumper. The caves are also home to olms (or white salamanders), a blind amphibian endemic to the subterranean waters of caves of this part of Europe. The olms can sometimes – though not always – be seen in some of the pools of water as you make your way around the cave. Though blind they are sensitive to flash photography and if you do spot one you should refrain from taking any photos. 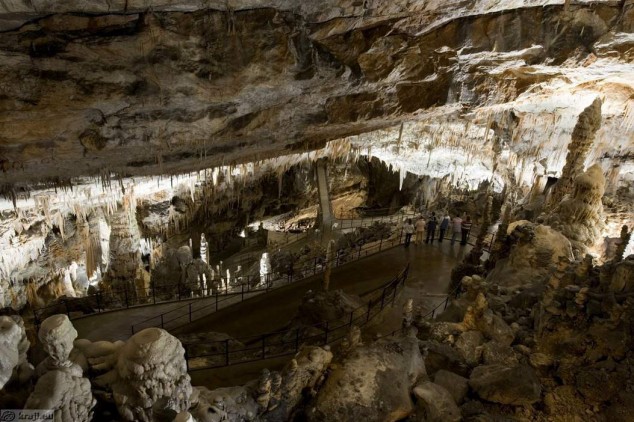 Medjugorje is a special place visited by thousands of pilgrims each year in search of the spirituality and serenity that exists here. The story of Medugorje is well known to most Catholics. In 1981 six teenagers were playing together in the hills between the villages of Medugorje and Bijakovici. It was on this barren hillside that Mother Mary appeared and spoke to them. When the children told their parents the first reaction was scepticism. The apparitions, however, did not cease. She appeared again and again and soon made believers out of even the most vocal of critics. Since then it is estimated that over 15 million people have visited this tiny place. Medjugorje has become the one of the largest Catholic pilgrimage sites in the world.

Meteora is an area in Thessaly (Central Greece) and Kalampaka is the city under the rock towers of Meteora. The thing that makes Meteora so special is the monasteries on the top of the rock towers. The monasteries, the amound of peaks to climb and the paths for hiking brings in Meteora  the whole year many tourists. 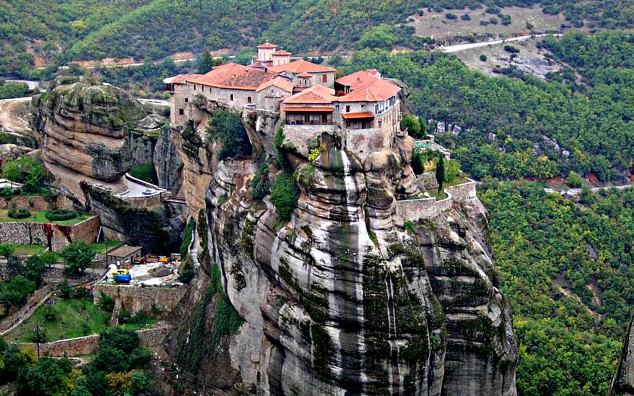 Samos Greece is the most visited island of the North-Eastern Aegean Islands. Samos is a particularly green island which has kept a big part of its impressively green forests. Samos is a relatively big island. It is a hilly island of 475 sq. km extend. Samos’ tourist infrastructures satisfy all demands. Wonderful beaches modern hotel units, luxurious rooms- to-let complexes in Vathi, Karlovasi, Kokkari, Pythagorio, as and all around the island, create the best conditions in order to have an unforgettable holiday. As for entertainment, options vary and, in combination to the culture of the island, leave visitors with a sweet taste. 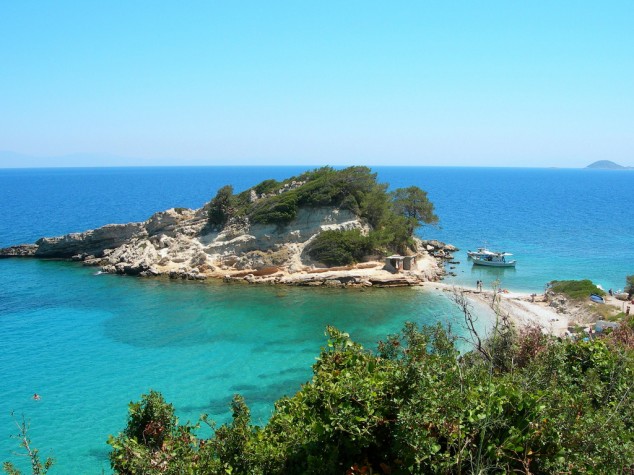 Dubrovnik is an old city on the Adriatic Sea coast in Croatia. It is one of the most prominent tourist resorts of the Mediterranean. 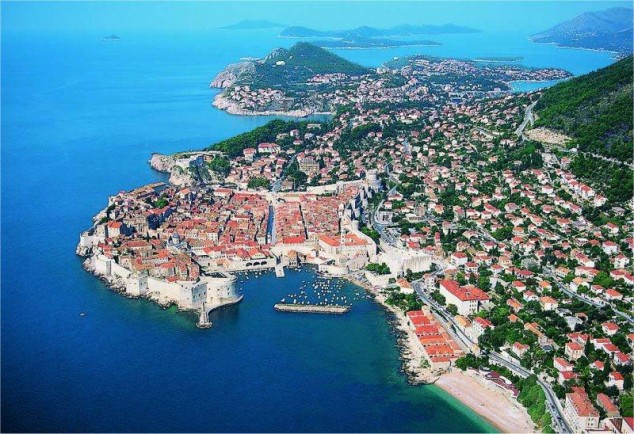